A couple of weeks before, We (Anivar, Manoj and me) had a meetup with Sri K. H. Hussain who is a pioneer in library science. He has worked in many projects including earlier version of Grandham (Malayalagrandham.com) and has been a member of its task force. He offered guidance for development and his inspiring vision for this project helped us to fix the goals.

(The trip for the meetup was fun. Though it was for Google 'Summer' of Code, we got drenched in the heavy monsoon of Kerala ;))

Meanwhile the coding period for GSoC had started, It was time to fasten the development process and get the project up as fast as possible. I had drawn few design mockups and have started implementing them. 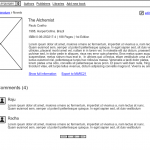 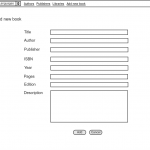 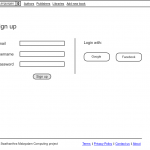 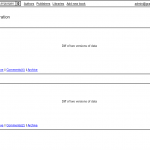 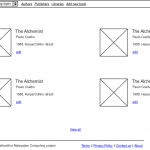 Most of these designs are just helpers to assist in development to get the backend and features done. We will do proper styling and UX enhancements after implementing the backend.

Currently the application has the following features,

Live instance of the application in development is running here - grandham.herokuapp.com

Regarding the representation of binary MARC21 data in relational database, we had decided to convert it to MARCXML and then it shouldn't be a problem to store. It needs a bit more research on how many attributes and data fields it would take to completely express MARC data, hoping to write a separate post on that later.